Study: Screening drivers for OSA makes sense in terms of both costs and safety 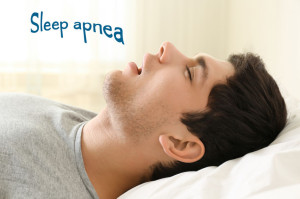 Obstructive sleep apnea is a serious sleep disorder that causes the muscles at the back of your throat to relax during sleep. Ultimately, this restricts airflow, causing you to stop breathing and wake up multiple times per night. Although this might not seem like that big of a deal, people with sleep apnea are also at a much higher risk of developing more serious health problems including high blood pressure, diabetes and heart disease.

OSA affects people of all ages and genders, but it’s especially common in men who are over 40 and overweight. Over the years, OSA has also been linked to an increased risk of serious, but preventable automobile crashes, particularly those caused by truck drivers. Surprisingly, the US Department of Transportation (USDOT), doesn’t require commercial drivers to be screened for it, mainly due to the costs associated with it. However, that may be changing soon.

A new study, published in the medical journal Sleep, found that requiring truckers to get tested for OSA is actually a cost-effective decision. In fact, one company who participated found that diagnosing and treating team members with OSA saved the company approximately $441 per month in health insurance costs with a total savings of $153,000 over the course of 18 months.

What’s more, the study found that drivers who were treated for OSA stayed with the company longer and the savings acquired offset much of the cost of establishing an OSA program in the first place. While more work needs to be done, researchers are hopeful this discovery will lead to better screening practices and ultimately, safer roads.